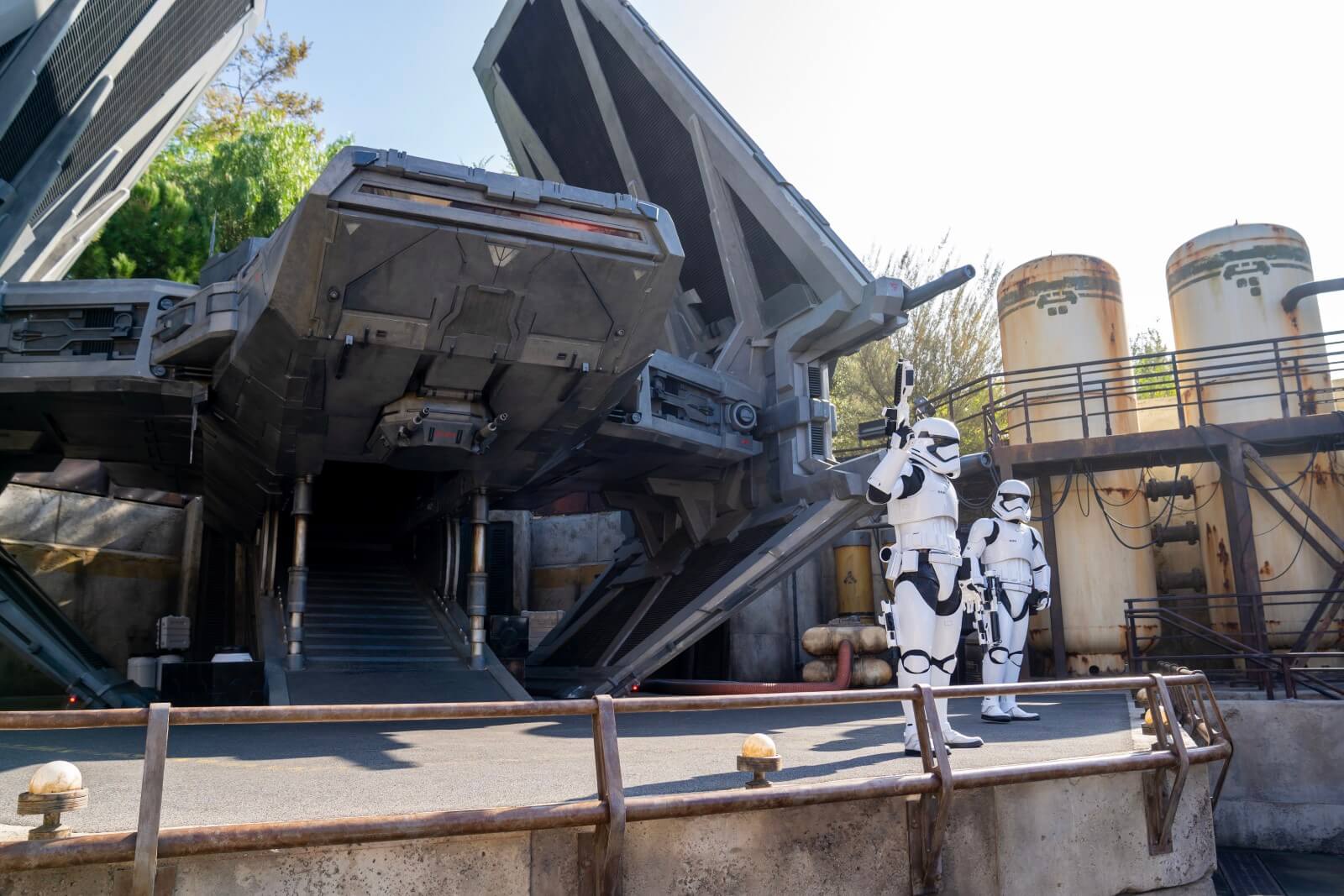 A long time ago, Disney made plans to build the next awe-inspiring experience for Star Wars fans. The wait for an epic spacefaring stay is now over and Star Wars: Galactic Starcruiser has finally opened its airlocks to the public.

After the popularity of Galaxy’s Edge, a theme park set in a galaxy far, far away, the next big production from Disney’s Imagineers is a Star Wars hotel in Disney World Orlando. Step aboard The Halcyon, the finest luxury starcruiser in the Outer Rim. Spend two night’s sleeping, dining and exploring the sprawling interior of the ship that is reminiscent of an oversized Tantive IV, Princess Leia’s personal starship. Gaze out onto the galaxy and immerse yourself in the Star Wars setting.

What is the Galactic Starcruiser?

Star Wars: Galactic Starcruiser is a fully-immersive and interactive overnight experience. Guests can launch from Galaxy’s Edge in Disney’s Hollywood Studios in Orlando for a two-night hotel stay. However, The Halcyon isn’t just any themed hotel, it’s a completely styled experience complete with droids, aliens, scoundrels and your favorite Star Wars characters.

In addition to a choice of passenger cabins, this phenomenal starliner is equipped with a number of activities for every Star Wars fan to enjoy – from the littlest padawan to the most experienced Jedi Master:

Learn to wield a Jedi’s brightest weapon in the Lightsaber Training Pod, built in the honor of Jedi saviors.

Reveal your connection to the Force and practice traditional skills of the Jedi arts.

Find the perfect star-cruising look at the The Chandrila Collection and smuggle some exclusive Star Wars merchandise.

Get your hands on a remote-control SK droid, a light-up model of The Halcyon, and a Legacy Lightsaber Hilt. Try on some twi’lek lekku or togruta montrals to look like a relative of Ahsoka Tano, and the authentic fashionable robes worn by Alderaan and Naboo nobles.

There’s also a host of commemorative items to purchase as a souvenir of your stay.

Learn how to play sabacc

Try your luck at a game of holo-sabacc in the Sublight Lounge.

Discuss the smuggling trade over a few drinks and a fun night of cards.

Sample a variety of tastes from across the galaxy in the Crown of Corellia Dining Room.

Watch the fantastic live performance of galactic superstar Gaya, a twi’lek singer whilst you dine on sumptuous treats from well-known planets.

Eat smoked cheese and bread which evokes the molten high ground of Mustafa, blue shrimp from Felucia, home of giant space caterpillars, and tuck into some of Chewbacca’s home cooking from Kashyyyk.

They even let passenger’s fly the ship – just be careful not to draw the attention of The First Order.

Guests aboard The Halcyon can say “hello, there!” to Captain Riyola Keevan, and interact with droids, rodians, twi’leks and more. Story connections you make can be kept track using the Star Wars Datapad on the Disney parks app. Take part in a roleplaying adventure as the story unfolds around you and learn more about life on the jewel of the star line.

When is the Star Wars hotel opening?

Star Wars: Galactic Starcruiser began launching guests into hyperspace on March 1st 2022. Currently, all cabins and suites are already booked up until the summer (“dank farrik!”) and it can be expected that more guests will be moving faster than the Millenium Falcon to book a launch pod. If you’re looking to depart on a voyage in the first year of the attraction we recommend booking as soon as you can.

When did Galaxy’s Edge open?

Star Wars: Galaxy’s Edge is Disney’s Star Wars theme park that debuted as part of Hollywood Studios on May 31st 2019 in California and the following August 29th in Orlando, Florida. Among many other exciting activities, it offers visitor’s the opportunity to build their own lightsaber, undertake training, shop for their Star Wars look and assist the Resistance to combat The First Order. You can even take a flight in the Millenium Falcon.

For those spending a couple of nights on The Halcyon, a planetside excursion to Batuu is included. Take a ride on a transport shuttle to Docking Bay 3 on the coarse rock of Blackspire Outpost and enjoy entry to both attractions and enjoy an included lunch at select locations.

You can learn more about Star Wars: Galaxy’s Edge in our comprehensive guide.

Where is the Star Wars hotel being built?

Visitor’s to Disney’s parks won’t have to travel offworld to get docked into Star Wars: Galactic Starcruiser. This amazing Star Wars hotel is already fully operational, tucked behind Disney’s Hollywood Studios in Orlando, Florida. The Galactic Starcruiser terminal is just beyond Galaxy’s Edge and the hotel itself is obscured with landscaping, to maintain the illusion of the jump to hyperspace.

Disney World Orlando is  less than twelve parsecs away from vacation resorts so guests staying in a luxury villa won’t have to worry about traveling more than 20 minutes for a pilgrimage to the most-immersive Star Wars story.

A 2-night in a cabin or suite on The Halcyon costs anywhere from $749 to upwards of $1,209 per guest per night – unfortunately, no, they don’t accept galactic credits or beskar ingots.

This includes dining aboard the starcruiser with the finest cuisine the galaxy has to offer, valet parking for your speeder, and admission to Disney’s Hollywood Studios for your interplanetary visit. Not to forget the wondrous live and interactive entertainment throughout your entire stay.

In a galaxy far, far away, The Halcyon was a Purgill-class star cruiser (yes, named after the giant space whales from the end of Star Wars Rebels series). It was built during The High Republic Era in Corellian shipyards and bore a distinct “hammerhead” design, not dissimilar to Princess Leia’s Tantive IV or other Corellian ships, like the one that rammed two Star Destroyers in Rogue One by order of Admiral Raddus. It had all the glamor of Dryden Vos’ space yacht First Light as well as some remnants of Imperial design. Its luxury and amenities would have impressed even the most discerning Imperial officer.

The Halcyon was host to many prominent figures throughout the galaxy including Anakin Skywalker during The Clone Wars and even Leia Organa herself, during her honeymoon with Han Solo.

Some of the onboard activities are taken straight from the movies, including Holo-Sabacc, a digital variant of Lando Calrissian’s favorite card game from Solo: A Star Wars Story.

You can spot many more of these hidden details throughout the Star Wars: Galactic Starcruiser experience.

If you’re looking to book a cabin aboard The Halcyon you’ll need to consider a few things first. Star War: Galactic Starcruiser has three types of cabin to choose from: Standard, Galaxy Class and Grand Captain. The fancier the name, the bigger the living quarters. All one hundred rooms have at least one window with a view of the Outer Rim as well as all the amenities you’d expect of a terrestrial luxury hotel. You’ll also have to consider when you want to travel, who you’re taking on this once-in-a-lifetime adventure and when you want to dine and make the most of the story. Disney also recommends you consider alternative dates due to possible changes in your booking. You can find further information on the Star Wars: Galactic Starcruiser planning page. What are you waiting for? Do it!

As this immersive galactic experience only takes place over two nights, you’ll need to stay nearby if you want to truly explore everything Galaxy’s Edge and Disney’s other parks have to offer. Top Villas has thousands of villas in Orlando, many with Star Wars inspired rooms to choose from 20 minutes or less from Orlando’s biggest attractions. 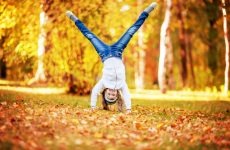 Ideas for a fall vacation 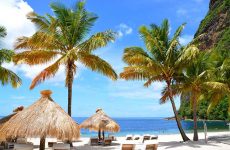 Where to go in May 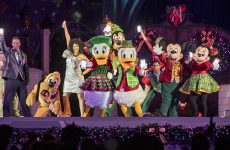 Free things to do at Disney