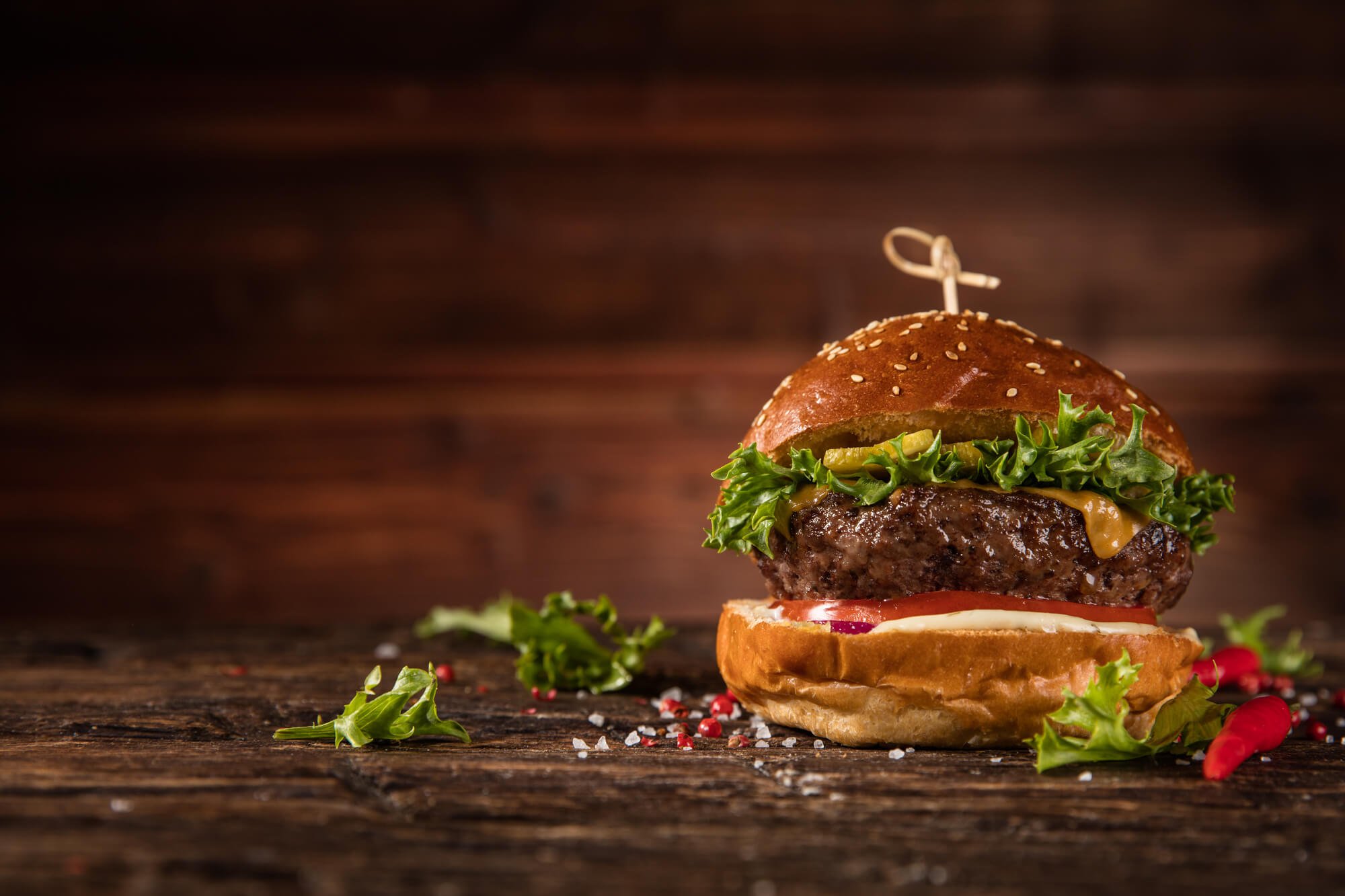 A vacation is a perfect time to try something new, and the easiest way to do that is to indulge in some local delicacies from wherever you’re visiting. The key to eating some of the best food around the world simply trying what the locals eat. Whether it’s a firm favorite like spaghetti Bolognese in Italy, or the Jamaican national dish ackee and saltfish, trying local delicacies takes you straight to the heart of a country’s culture. In honor of National Food Day, here’s our guide to some of our favorite must-try national dishes.

The USA is a huge country, a melting pot of different cultures, histories and heritage. So it makes sense that there is no single national dish, or ‘traditional American food’ but several state foods celebrating the diversity of the 50 states. American food culture is as rich and exciting as the country itself.

Take California with its official state fruit; the humble avocado. Spread it on toast, serve it with chicken or toss it in a salad, but whatever you do, don’t leave California without trying one. Even though it’s not exactly unique to the area, you’ve had avocado quite as good as those grown on the West Coast.

If you’re vacationing in the Sunshine State, something sweet is the order of the day. Florida is famous of course for its oranges, but the state food is in fact Key Lime pie. This glossy, green, zesty treat is the perfect citrus cooler in the Florida sun.

If there’s one dish that is popular across the whole country, it’s got to be the famous American hamburger. This family favorite is ubiquitous, from cheap and cheerful fast food joints to upmarket restaurants. While we wouldn’t want to wade into the hotly contested ‘Best hamburger in the USA’ debate, we do know that you can’t take a US vacation without indulging in at least one.

Europe is home to some pretty impressive cultural treasures. The Colosseum, The Eiffel Tower, and the Acropolis are just a fraction of the awesome sights on display. After a busy day stepping through Europe’s history, you’ll have worked up quite an appetite, so it’s a good thing that Europe’s culinary history is just as wonderful as it’s cultural delights.

Many countries in Europe have a fierce sense of pride when it comes to their food, and official national dishes are protected and celebrated. It’s not always easy to pin down the official national dish. In Italy, which has a plethora of famed food to choose from, the chosen meal is the rich, hearty Ragu Alla Bolognese.

This silky, savory sauce hails from the northern city of Bologna and is often paired with Tagliatelle noodles. That might be surprising. The dish is famously called ‘spaghetti bolognese’, suggesting that thin long spaghetti noodles are the best accompaniment to the sauce. True Italian bolognese bears little resemblance to the tomatoey, bright red version served outside of Italy, and that extends to the pasta used. Tagliatelle is much wider and flatter, giving the meaty sauce more surface area to cling to. To try it in its home city is to get a taste of truly authentic Italian food, and you might never go back to international spaghetti bolognese again!

Bologna may be home to the best spaghetti bolognese in the world, but where can you find the best pasta bolognese in Bologna? That, as you can imagine, is a hotly debated topic! One of the most authentic places to try is Al Pappagallo. This beautiful trattoria, right is the heart of Bologna, has been open for over 100 years, and serves bolognese in the traditional way.

Some of the best Italian food didn’t make the cut for the prize of ‘National Dish’, but it’s still worth indulging your taste buds while in Italy. Dream vacations are filled with pizza (head to Naples for the original and best in the country), gelato, and more spaghetti dishes than you can shake a wooden spoon at.

France’s food culture is legendary. The home of pâtissière, cordon bleu and the humble baguette is one of the top destinations for food vacations on the planet. Typical French food is all about fresh, simple ingredients. So in a country so defined by it’s love of gastronomy, what takes the coveted title of the ‘National food of France?’ The answer is Pot au Feu. Translated as ‘pot on fire’, this hearty stew is one of the oldest dishes in France. Its origins were humble; it began as a common peasant dish but has grown into something of a family tradition in French households. Often served in the winter, Pot au Feu is a delightful jumble of meat, vegetables, and stock, just the thing to warm up in chilly weather.

The national dish of Greece – Moussaka

Good food, simply cooked, is the hallmark of traditional Greek food. Tender grilled meat, fresh vegetables splashed with quality olive oil and crisp, herby salads have made Greek food culture one of the finest examples of Mediterranean cuisine. Gyros, souvlaki, and feta cheese are some of the best Greek foods that you can try, but it is something even more wonderful which takes the crown as Greece’s national dish; moussaka. Greek moussaka is a wonderful savory stack of loveliness. Layers of ground meat (usually lamb or beef), sandwiched between delicate sheets of eggplant and creamy white sauce, together form an irresistible cacophony of flavors.

Traditional moussaka is available all over the country, from bustling mainland cities like Athens to favorite Greece vacation spots like Santorini and Mykonos. To find great, authentic moussaka, the trick is to avoid overly touristy areas. Restaurants with flashy menus featuring pictures are also not the best places for a true taste of this Greek delicacy. If you’re after the best moussaka in Athens, head to a traditional taverna. Venture outside of the rammed tourist hotspots in the Plaka district, and look instead for somewhere filled with locals.

Spain is a land of great food. Tapas, pintxos, and fresh-off-the-boat seafood are just a few popular foods in Spain to make your vacation a culinary experience to remember. The national food of Spain, and one of the most famous of the country’s gastronomic exports, is paella. Traditional paella comes in many forms depending on where you are. The original (and according to most purists, the best) can be found in Valencia. Paella here includes chicken, rabbit, spices, and short-grain paella rice. Other varieties include seafood and vegetable-based recipes. Paella comes in so many types, it’s a great traditional Spanish food whatever your taste.

Croatian food is making waves on the international gastronomic scene, and for good reason. Hearty, unfussy, delicious ingredients come together to make delicious, unforgettable meals. Traditional Croatia food is full of wholesome, easy-to-use ingredients, so it’s no surprise that the national food is a multi-taking marvel of a dish. Zagorski štrukli can be either sweet or savory, a meal in it’s own right, an addition to soup or a sweet dessert. It’s made of a basic pastry dough filled with soft cheese. It’s so beloved in Croatia that there’s an event each year in the village of Kumrovec to celebrate it.

National dishes in the UK

Made up of 4 nations, the UK does not have just one national dish. Instead, UK food is a celebration of the cultures and traditions of the country. If there was a UK national food, then a traditional Sunday roast would surely be a contender. Tender slow-cooked meat, or often a nut roast for vegetarian diners, is accompanied by a medley of vegetables. A Yorkshire pudding, a delightful light batter, tops off the meal, best eaten drenched in thick gravy. Another option would be, perhaps surprisingly, chicken tikka masala. It’s a hugely popular dish across the country, which celebrates the multiethnic landscape of modern Britain.

National dishes of the Caribbean

Cou cou tastes as delightful as it sounds. It’s similar in taste and texture to polenta or grits, and is an accompaniment made from cornmeal and okra. For a truly traditional taste of Barbados food, have it with fried or grilled flying fish. You can find Barbados cou cou and flying fish restaurants in restaurants across the island.

Traditional Jamaican food is all about the tropical flavors of the Caribbean. The best Jamaican food is that which takes advantage of the fabulous local fruits and spices found on the island. The national dish of Jamaica is ackee and saltfish. Ackee is also the national fruit, and comes with a touch of excitement – it can be fatal if not prepared and eaten properly! The fruit can only be eaten once it has naturally opened, and only the yellow part is edible.

The national dish of Grenada – Oil down

Grenada culture is all about food. This beautiful Caribbean destination is also known as the ‘Spice Island’, and the pinnacle of Granada food is Oil Down. This stew of fish or pork is simmered in coconut milk with local spices. The name might be a little unappetizing, but it comes from the fact that it’s cooked until all the milk has been absorbed and only the oil remains.

When you think of popular Mexican food, there are many dishes that spring to mind. Tacos, burritos, fajitas, the list goes on and on! But none of these claim the title of the national food of Mexico; that honor goes to mole. Mole is a historical sauce, hailing from the south of the country. The name comes from the Aztec word molli, meaning ‘sauce’ or ‘mixture’. It’s used as an accompaniment to almost every Mexican dish you can think of. The perfect mole is a source of great national pride amongst Mexican chefs.

Thailand is famous for its fabulous beaches, stunning scenery, and amazing food. Thailand’s food culture is all about flavor, and authentic pad thai is the most iconic dish you can have. Fried noodles with crisp vegetables and sometimes meat or seafood make up this popular Thai street food. You can find it in street food markets across the country, including popular vacation spots like Phuket and Koh Samui.

One of the most popular restaurants on Koh Samui is Khaw Glong on Chaweng Beach. It’s known as one of the places to get the best pad thai in Koh Samui and has won awards for the authenticity and quality of its food. Another place to try awesome pad thai on the island is at The Walking Market. You can try pad thai and all manner of delicious street food at this market, which takes place in a different location each day. For the best pad thai in Phuket, visit one of the famous night markets. Visiting a night market is an incredible culinary experience, and offers a taste of truly authentic Thai cooking.

Book your vacation with Top Villas

We have a fantastic range of luxury vacation homes around the world, from family villas in Orlando to chic townhouses in the South of France. Book today to take advantage of great deals on homes, including our new Flex Policies*.

Visit our Help Centre for help organizing your villa, from booking through to after your stay. Alternatively, you can contact our awesome team for support.

*Flex Policies allow you to change or cancel your booking free of charge up to 14 days (Flex14) or 30 days (Flex30) before you travel. Terms and conditions apply. 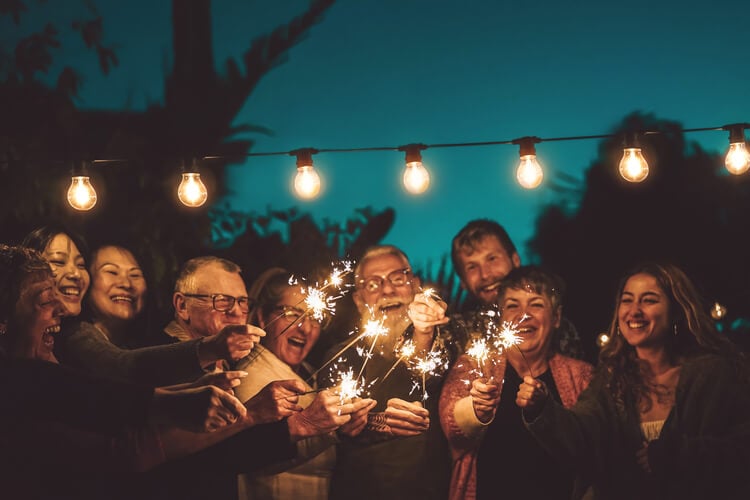 How do you make a family reunion special?

Cakes around the world to celebrate National Cake Day