Blog > Barbados > 16 of the best festivals in Barbados 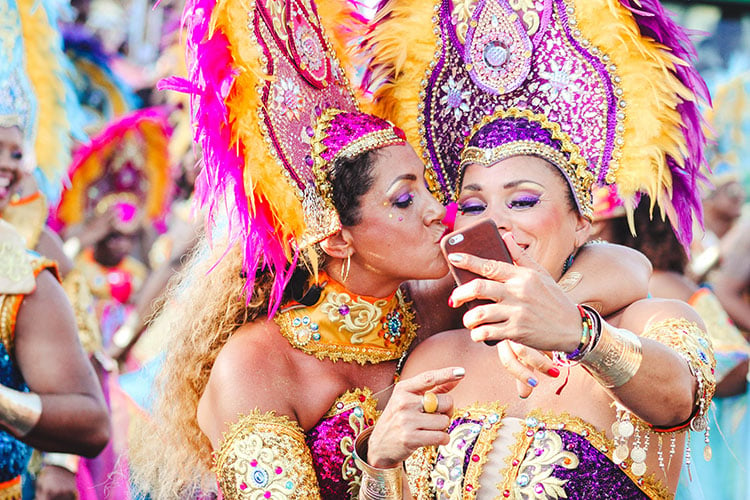 Whether you’re a fan of music, sport, culture or cuisine, there’s always something to celebrate in Barbados. In fact, you’ll find parties and festivals for every month of the year.

There are dozens of annual events including street parties, sports festivals, cultural celebrations and culinary shows. There are plenty of smaller festivals too, created by the island’s many communities to celebrate local and regional talent.

From dancing in a whirlwind of colors at Crop Over, to feasting at the Friday night fish fry, here’s a rundown of the best festivals to check out: 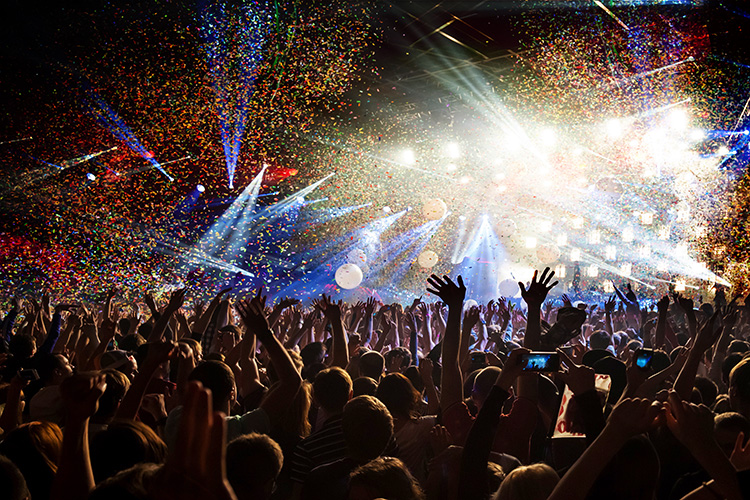 Barbados’ most famous festival, Crop Over dates back to the 18th century when the island was the world’s largest producer of sugar. The final sugarcane harvest of the season would be celebrated by plantation workers with days of music and merriment.

Today, Crop Over is heralded with a sun-soaked (and rum-soaked) party extravaganza running from the start of July through early August.

The main festivities include the Opening Gala and Ceremonial Delivery of the Last Canes, where the carnival king and queen are crowned (these would have been the most productive workers of the season). The final weekend culminates in Grand Kadooment which features live bands and dancers in elaborate costumes who parade through the streets of Bridgetown and then party together at the beach.

Calypso music is one of the main features of Crop Over and ‘calypsonians’ (calypso musicians) compete for an array of titles including Party Monarch, Sweet Soca Monarch and Pic-O-De-Crop.

Other highlights are the Kiddies Kadooment costume parade, the lively Cohobblopot stage show, and the Fore-Day Morning Jump-Up where revelers plaster themselves with mud and paint then party together until the early hours of the morning.

Another large-scale event is the Barbados Reggae Festival, a week-long music fest that showcases different types of reggae in a variety of locations across the island.

Held in April, the Vujaday Music Festival features house and techno music, and attracts internationally-renowned DJs as well as local ones.

The only electronic music event on the island, it takes place over 5 days at a variety of outdoor venues in Holetown, South Beach and the east and west coasts.

Influenced by the British Proms and Tanglewood in the US, Classical Pops features some of the world’s most famous classical musicians, pop stars, jazz musicians, opera singers and Broadway performers.
Founded in 2014, the festival has become one of the most prestigious classical concerts in the entire Caribbean region. It takes place every December on the outdoor paddock at the exclusive Apes Hill Club in St James.

This weekend of concerts, excursions and golf attracts hundreds of music lovers over the Columbus Day weekend.

The line-up includes concerts performed by world-class jazz musicians, as well as fantastic cultural and sports events including island tours, submarine adventures, party cruises and rum tours. On the final day, golfers get to tee off on the immaculate greens of the exclusive Apes Hill Club. 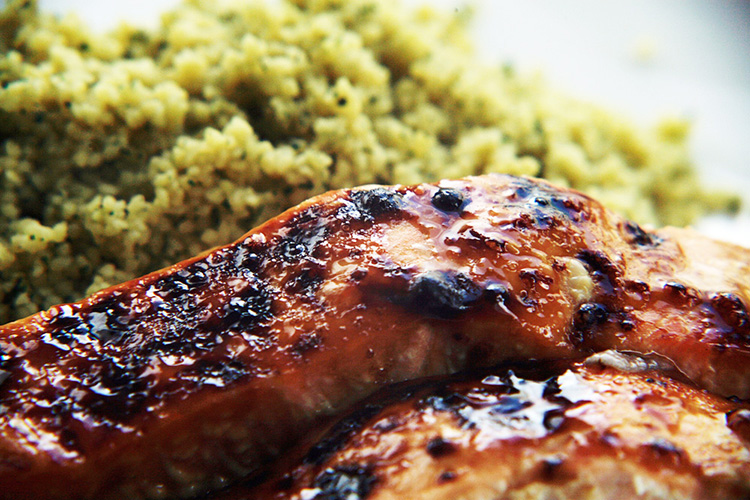 Food-wise, the best-known event is the Barbados Food & Rum Festival in mid-October. Local chefs and mixologists are joined by international experts to celebrate the best in Bajan cuisine and local rum.

The week-long food fest takes place across multiple venues and includes cook-offs, food and rum pairings, mixology demonstrations and 5-star dinners served in top restaurants. The festival climaxes with a beach party along the west coast and fine dining at Tides, one of the best restaurants in Barbados.

Taking place on the scenic south coast, this lively festival is one of the highlights of the Bajan social calendar. 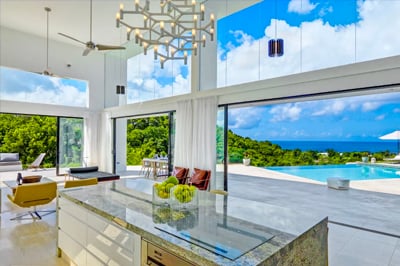 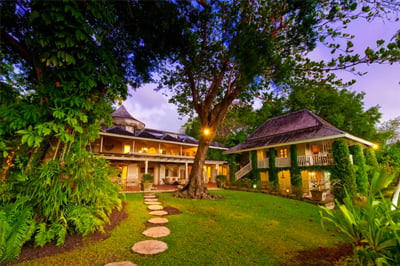 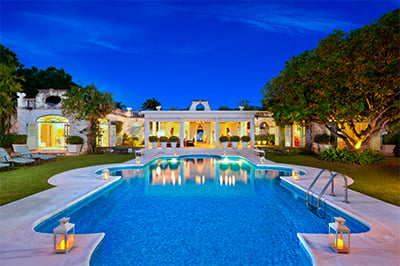 There’s also boat racing, gaming tables, a lively float parade, a tug of war competition and a fish cook off.

The festival is held in the historic Oistins fishing town in Christ Church, in and around the home of the infamous weekly Oistins Fish Fry.

Popular with rum connoisseurs and heritage enthusiasts, the Barbados Sugar and Rum Season runs from mid-January through mid-April. It shares the story of sugar and rum on the island through a series of tours, dining experiences and other culinary and cultural activities.

There are more than 20 events throughout the season including sugar and rum cooking classes, plantation tours, feasts and a huge rum expo. Other highlights are a mixology roadshow, pop-up villages and street parties in St Lawrence Gap.

This mid-February festival celebrates the landing of the first European settlers in Holetown. Shows, exhibitions, live music and food events take place across Holetown all week.

Highlights include a tattoo parade by the Royal Barbados Police Force, tours of Holetown and a street parade featuring vintage and classic cars.

The adrenaline-pumping Sol Rally kicks off at the end of May/beginning of June with an action-packed weekend of rally car racing through the island’s backroads. Led by some of the fastest drivers in the world, this event attracts thousands of spectators, plus there are some serious after parties to enjoy.

Formerly known as the Mount Gay Barbados Series, this international sailing festival takes place in January and attracts top-class competition from around the world.

As well as the opening 3-day Coastal Series, there’s the Ocean Passage race from Barbados to Antigua plus the headlining Mount Gay Round Race which gives crews the chance to win their skipper’s weight in rum.

During the week there’s a distinct party vibe throughout the island with crowds of locals and visitors flocking to the best vantage points to watch the race as it unfolds along the rugged Atlantic coast.

Cricket is the national sport of Barbados and you can catch a good game almost any time at the Kensington Oval. The stadium hosted the World Cup in 2007, and last year it held the Golden Oldies World Cricket Festival, a tournament for semi-professional and retired players.

Located on the outskirts of Bridgetown, the oval is a world-famous hub for cricket and plays host to regular test matches between the months of January and April, with teams drawn from the West Indies, England, Australia, New Zealand, India, Pakistan and South Africa.

Each year in early November, Carlisle Bay in Bridgetown comes alive as hundreds of swimmers from all over the world take part in the Barbados Open Water Festival. The spectacular bay is a protected marine park and lies in the heart of a designated Unesco World Heritage Site. 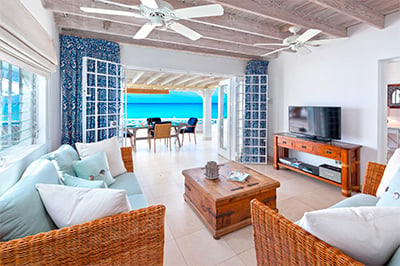 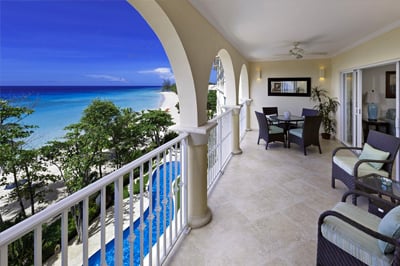 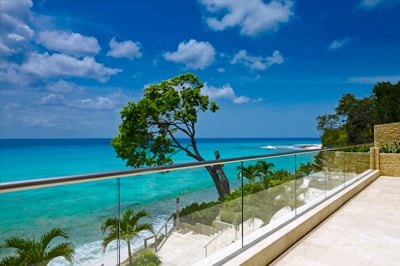 Swimmers of all ages and abilities are invited to take part in 5 fantastic days of swimming, starting with three days of practice swims followed by two days of races including 1.5K, 5K and 10K swims.

In November, Barbados also plays host to the Pro Surf festival. The biggest event on the Barbados Surfing Association’s calendar, visitors can expect to see amazing surfing from two premium international competitions, the November Pro and the Caribbean Junior Championships.

Other highlights are stunt demonstrations from local and regional skateboarders, bikini contests, live music, arts and crafts markets and local food. It’s a great way to spend a day at the beach. 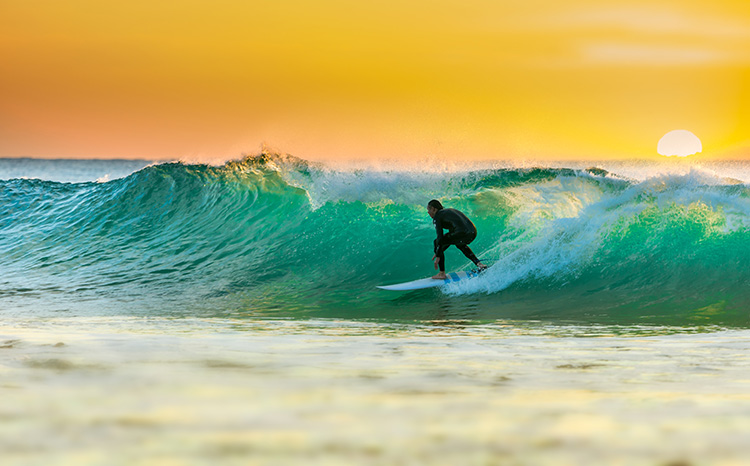 The Barbados Cycling Festival was launched in 2016 ‘for cyclists of all abilities to discover Barbados from an unparalleled perspective’. Taking place in September this round-the-island sportive features 6 days of competitions including a 112km ‘gold’ route which traverses the coast.

The course starts at Bridgetown and take riders anti-clockwise around the island and often-missed small towns and villages. Entrants have the chance to win a slice of the $7,000 prize purse as well as two complimentary return flights to the island.

This 3-day road-running event takes place annually on the first weekend in December and features a 5k fun run, a half-marathon and a marathon, followed by some buzzing post-run parties.

This year’s course will start at the picturesque Bay Street Esplanade opposite the historic Prime Minister’s office and overlooking Carlisle Bay. It then winds its way along the streets of Bridgetown, under the Independence Arch and over the Chamberlain Bridge which dates back to 1865.

The run continues along the west coast where spectacular vistas of the Caribbean Sea can be enjoyed from various vantage points. There will be refreshment stations on route as well as live music and performances. A fun run also takes place in the St Lawrence Gap area and is celebrated in the Gap’s many bars and nightspots after the runners have made it round.

If you’re visiting a festival in Barbados and you’re looking for accommodation nearby, the options offered by Top Villas are some of the best on the island. You’ll find everything from cozy 1-bedroom condos in affordable resorts to huge mansions where you can relax in ultimate style.

Ideal for couples, families and groups of friends, rentals are located in top spots across the island and come equipped with luxury amenities throughout. You can view all of our Barbados villas here. 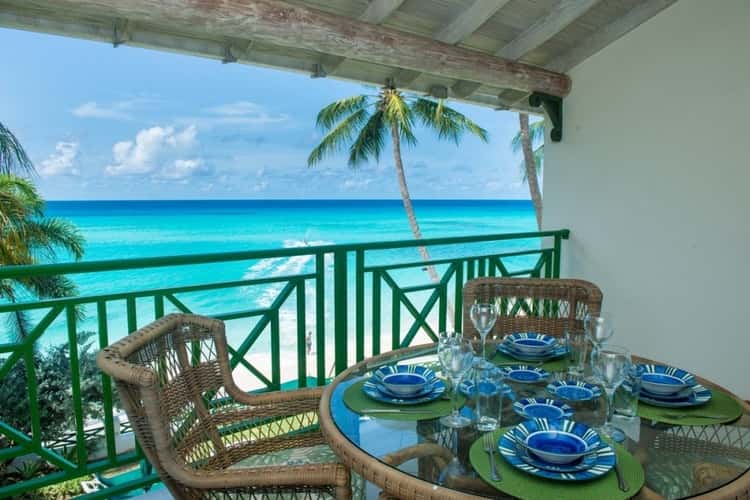 This spacious 2-bedroom condo in Christ Church is available at very reasonable rates. It has an open-plan kitchen and dining area, a spacious balcony for alfresco meals and a large communal pool. It’s located close to the beach and is also within easy reach of local shops, restaurants and nightspots.

If you want to splash a bit more cash you can opt for something a little more elaborate like this luxury villa in St. James. It has a huge private pool and gorgeous sea views from every room. The villa is fully staffed with a cook and a housekeeper included in the price. Guests also get complimentary use of the resort’s private beach club. 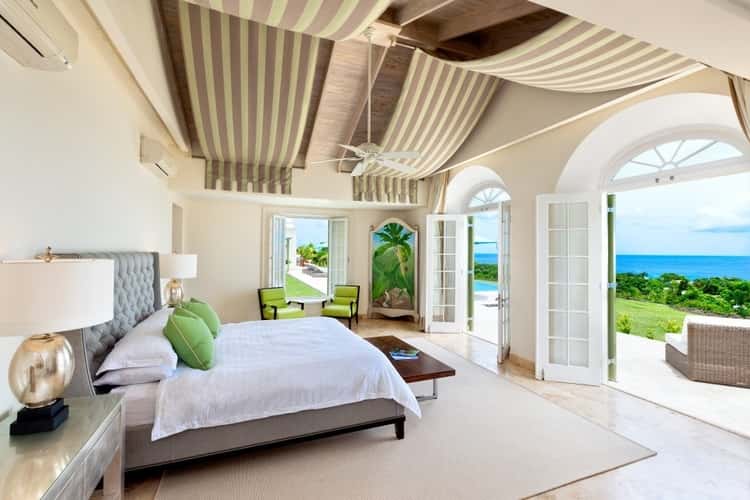 The best resorts in Barbados
When is the best time to visit Barbados?

If you’re thinking of booking a Barbados vacation and you need advice on the best places to stay then contact us today. Additionally, our dedicated concierge team can arrange any added extras you need such as great-value car hire.

You can see all of our Barbados villas here. 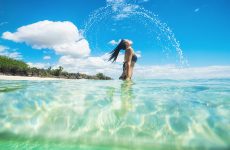 Free things to do in Barbados 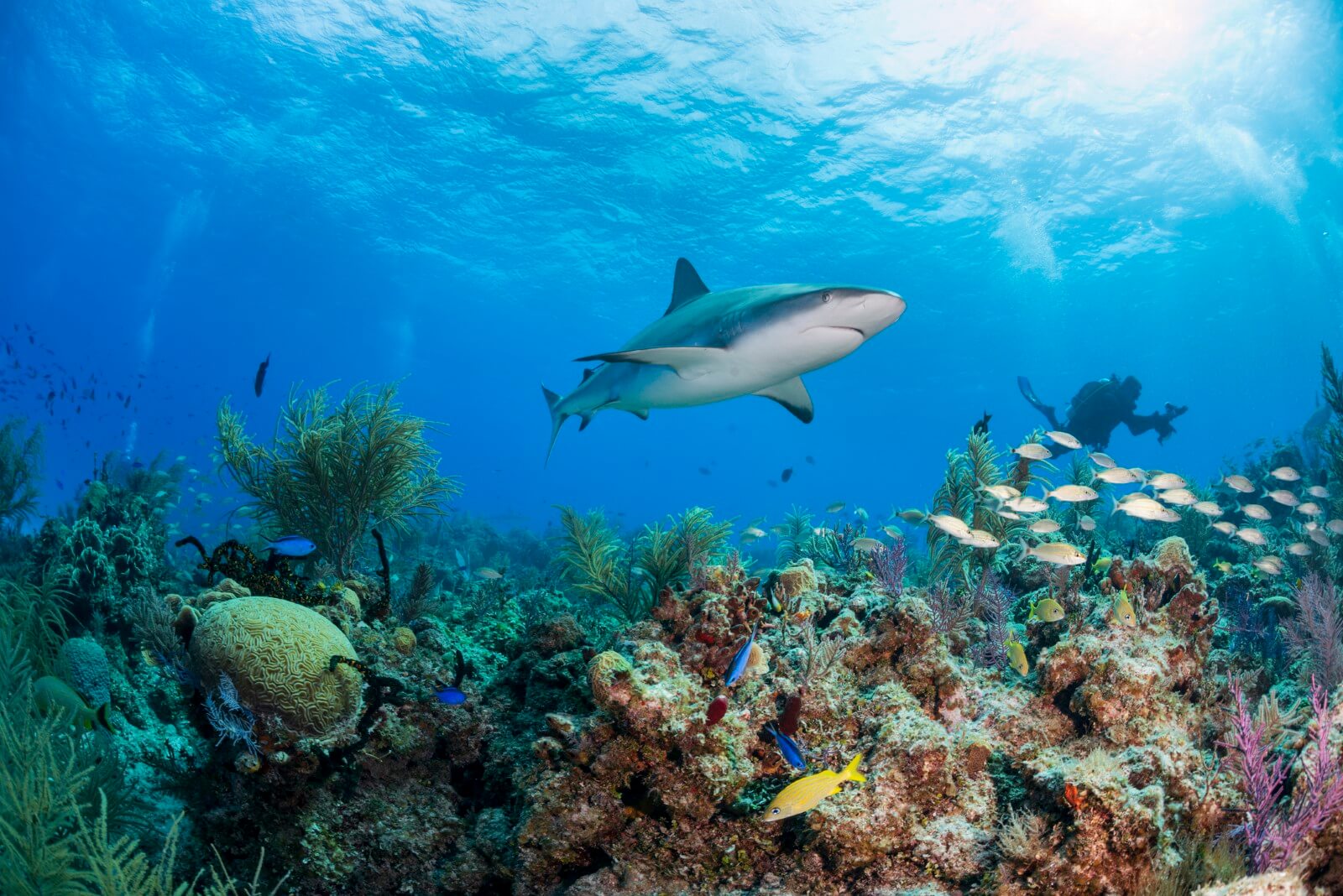 An introduction to sharks in the Caribbean 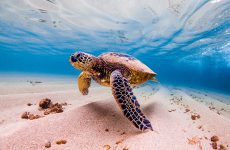 Swimming with Turtles – Things to do in Barbados