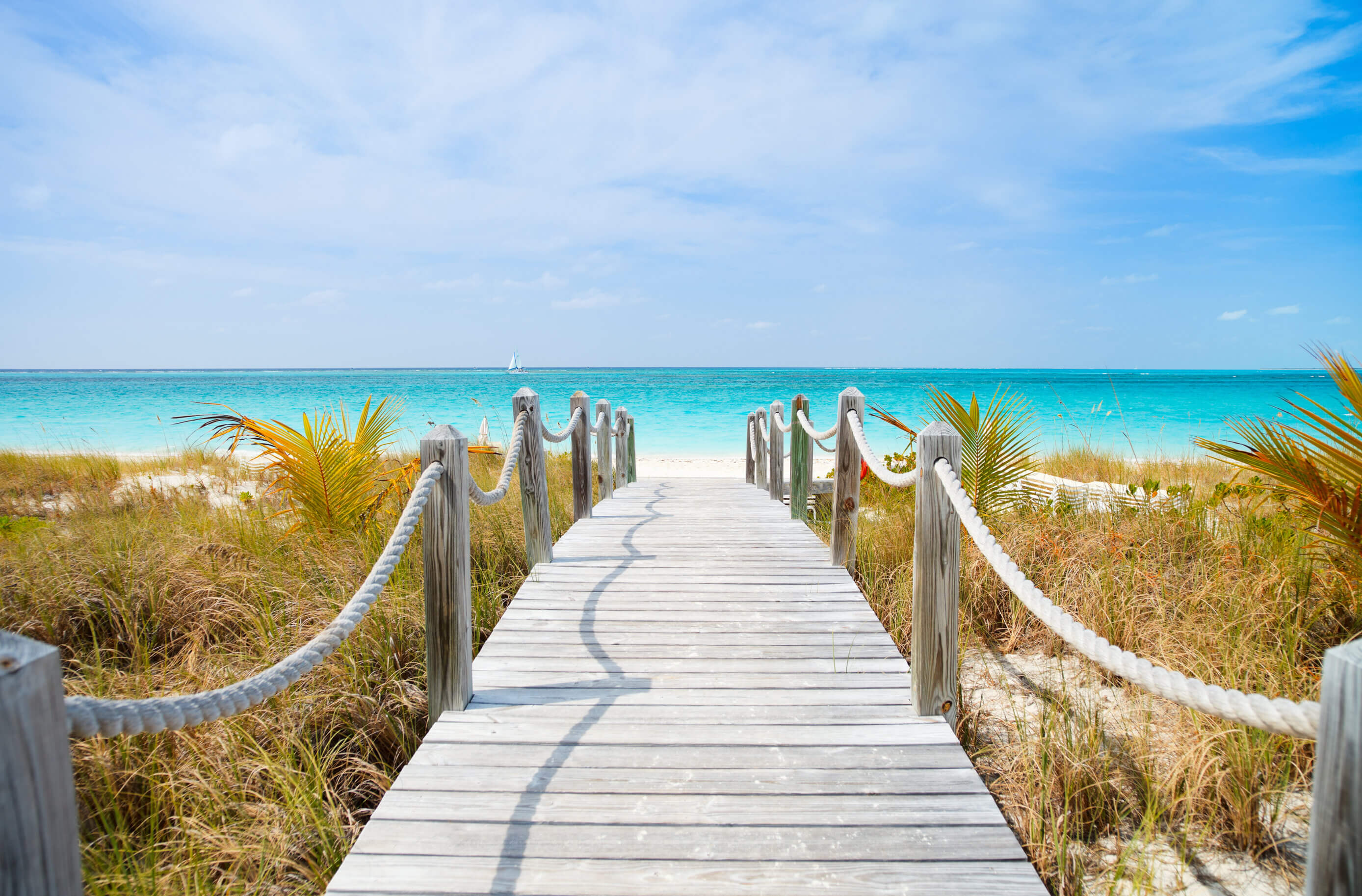 With its world-famous beaches and beautifully warm weather it’s the perfect getaway destination – but when is the best time to visit Turks and Caicos? Check out our simple month-by-month guide to help you plan the perfect trip.

Located in the tropical Atlantic between the Bahamas and the Dominican Republic, the exotic isles of Turks and Caicos are a vacationer’s dream. Consisting of 40 islands including the larger Caicos Islands and smaller Turks Islands, the region lures visitors with the promise of sun, sea, sand and plenty to see and do.

When it comes to working out the best time to visit Turks and Caicos, it all depends on the type of weather you prefer. It sees around 350 days of sunshine per year, however there’s a difference between the seasons so your experience will vary a little depending on when you go.

The weather in Turks and Caicos

The Turks and Caicos Islands are famous for their year-round sun, however they do experience a rainy season, and there’s a distinction between the hotter and cooler months.

April through October is generally considered the warmest time, when temperatures can soar into the 90s and rain storms are more likely. There is also the threat of hurricanes. These are rare though, and even during the rainy season there’s still plenty of sunshine to be enjoyed.

The cooler months are roughly from December through February, when temperatures are still warm and rainfall levels are lower. These months, although considered to be winter for many, are the peak season in Turks and Caicos.

When is hurricane season in Turks and Caicos?

The hurricane season in Turks and Caicos officially starts on June 1st and lasts through November 30th. However, the few hurricanes that have hit the islands have occurred in August and September. Despite the tag, you can still find great weather during hurricane season, and most people visit without any problems.

Although there’s the threat of storms during this time, the odds are still excellent that you’ll enjoy a hurricane-free vacation. In fact, the hurricane season can be one of the best times to visit Turks and Caicos, especially during the months of September and October when the summer heat has abated.

If you visit Turks and Caicos during hurricane season you’ll usually be rewarded with great weather plus you’ll enjoy lower rates than at other times of the year, especially if you avoid the school holidays through July and August.

You should still take precautions though. Make sure you get travel insurance to cover you for cancellations if a storm prevents you from traveling. Also check for weather updates from the USA’s National Hurricane Center before traveling.

So, when is the best time to visit Turks and Caicos?

We’ve compiled a handy month-by-month travel guide to help you plan your trip. There is no one ‘best’ time to go, but certain months have better weather and lower prices than others.

If you want to escape the post-Christmas blues then January is a great time to visit Turks and Caicos. Like the rest of the Caribbean, the islands are warm in January with daytime highs of 80F and nighttime lows of around 60F. You can expect 7+ hours of sunshine per day with conditions staying airy and pleasant.

The sea is warm too, so it’s a great time of year for swimming and watersports. If you’re planning to visit Turks and Caicos in January be aware that peak season runs from December through March, so prices are likely to be higher and the islands will be busier.

February is a great time to visit Turks and Caicos, offering plenty of warm sunshine and low levels of rainfall. It’s still the peak season so there will be quite a few tourists around, and prices will still be higher than in low season.

On the plus side, the dry conditions and warm temperatures offer the kind of Caribbean weather that’s perfect for escaping the winter cold. If you’re planning a vacation to Turks and Caicos in February, you’ll avoid the crowds if you travel during school time rather than in the UK’s half term holiday, which lasts a week.

Through March, the high season comes to an end and the summer season (which gets hot in the Caribbean) is fast approaching. The weather in Turks and Caicos in March is somewhat warmer than in February, but the trade winds work to temper the heat.

There may be the occasional shower but the rainy season is still a little way off and any rain is likely to be light. Since it’s not the height of the peak season, airfares and accommodation are generally cheaper, especially if you avoid traveling during spring break and the Easter holidays.

Be aware that the UV index is very high at this time of year so be sure to pack plenty of high-factor sun cream.

Those who visit Turks and Caicos in April will find it quieter than the preceding months, especially after the last of spring break. Daily temperatures are still comfortably warm, and humidity is only moderate making sightseeing, hiking and outdoor activities easier than in the summer. Temperatures hover in the 80s, but the trade winds keep things  feeling cooler.

Many travelers consider late April to be the best time to visit Turks and Caicos. It’s known as the shoulder season between the cool and hot months, with around 8 hours of sunshine a day. There might be some rain but it’s likely to come in short afternoon or evening showers, if any at all.

Since it’s not peak season and it’s not the height of the summer, you’ll benefit from great weather and a more peaceful vacation. You won’t have to battle for a place on the beach, and the price of flights and accommodation will be lower than peak season rates.

With low-season prices and great weather, May is another great time to visit Turks and Caicos. Each day sees an average of around 8–9 hours of sunshine, and sun-seekers will love the hotter daily highs. Temperatures can soar into the high 80s, but even during hot spells the trade winds temper the heat.

June marks the start of hurricane season and the rainy season in Turks and Caicos. There’s little cause for concern though, as storms during June are rare.

June is actually a great time to visit weather-wise as you’ll find plenty of sunshine. Daytime highs can soar into the 90s, falling to the 70s at night. The humidity is quite high too, but that is broken by rain showers in the afternoons and evenings, which shouldn’t affect your vacation plans.

One of the highlights of visiting Turks and Caicos in June is that it’s likely to be relatively quiet, plus there’s the perk of low season prices.

There’s higher humidity and rainfall in July, but it’s still a good time to visit Turks and Caicos, especially for a beach-based vacation. The afternoon sun in the summer months can get hot with highs of around 92F, so it’s a good idea to pack sunblock and spend some time in the shade.

Also bear in mind that the rain means more mosquitos, so make sure you pack plenty of repellent spray. Don’t let the idea of rain put you off though – there’s still plenty of sun, plus you’ll make savings on flights and accommodation if you travel before the school vacation.

Much like July, the weather in August is hot with a good chance of rain in the afternoons and evenings. The summer is the hot season in Turks and Caicos making it great for a beach vacation, although some may find it too hot for other activities like hiking, cycling and exploring.

A potential drawback of visiting Turks and Caicos in August is the high humidity that comes with a Caribbean summer.

If you’re traveling to Turks and Caicos in September be aware that it’s the height of the hurricane season. Statistically though, the chance of a serious storm hitting is relatively low.

The weather in September is often fantastic, but it’s still considered to be low season with fewer vacation crowds once the school term starts.

Humidity is high, bringing with it the rain which is often a welcome break from the heat.

October falls in the hurricane season making it one of the cheapest times to visit Turks and Caicos.

The month sees around 10 hours of sunshine a day with daily highs of around 90F.

It’s still low season so you can expect things to be pretty quiet, although it does pick up a bit around the UK half term holidays which occur in the latter part of October.

November is the last month of hurricane season in the Caribbean, meaning you may still benefit from lower vacation prices. Often, the weather is fantastic through November, making it one of the best times to visit Turks and Caicos.

The humidity at this time of year is moderate which is welcome news for those who like to be a bit more active on vacation. The UV index is much lower too, although we still recommend packing plenty of sunscreen.

Like the preceding months, rainfall is higher through November with most showers occurring in the afternoons and evenings.

Turks and Caicos in December

The start of the peak season, Turks and Caicos in December is amazing. Christmas is on the horizon, and school is out at the end of the month, so you have various options to choose from.

Go in early December and you’ll get great weather and lower prices than in the holidays. Visit later in the month and you’ll get to spend Christmas on the beach. Prices over the holidays are higher, but if you book way in advance you’re likely to get a better deal.

Daytime temperatures in Turks and Caicos in December average at around 80F. It’s a great time to visit if you like your sunshine warm, but not too hot.

The sea is warm too!

Not only is the weather in Turks and Caicos always warm, the sea is warm too.

Water temperatures are a lovely 80F in winter, creeping up to the mid 80s in summer. The sea is pretty calm too, as the protective barrier reef which surrounds the islands breaks the incoming surf.

The result is gorgeously warm and calm waters, perfect for swimming, snorkeling and diving.

Things to do in Turks and Caicos

Whichever month you choose to visit, there are always so many things to do in Turks and Caicos. The reef and wall diving is some of the best in the world, and the beaches are world class too. You can spend your time on the main island of Providenciales, or head to the quieter islands of Middle, North, South and West Caicos.

If it’s a couple’s adventure you’re planning, there are plenty of romantic things to do in Turks and Caicos. You can sail to a desert island for a day, or even get married on the beach. If it’s a post-wedding getaway you seek, why not consider a Turks and Caicos honeymoon?

While prices for vacation rentals tend to go up in high season, you can still get some great deals if you book way in advance, or look out for last-minute offers. If you want to be updated on the latest villa deals, you can subscribe to our mailing list.

Browse through all of our Turks and Caicos villas to find your dream hideaway!

If you’re thinking of booking a Turks and Caicos vacation and you need advice on the best places to stay then contact us today. Additionally, our dedicated team can arrange any added extras you need such as great-value car hire. 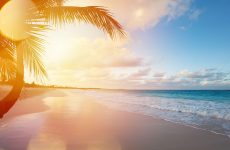 The best beaches in Barbados 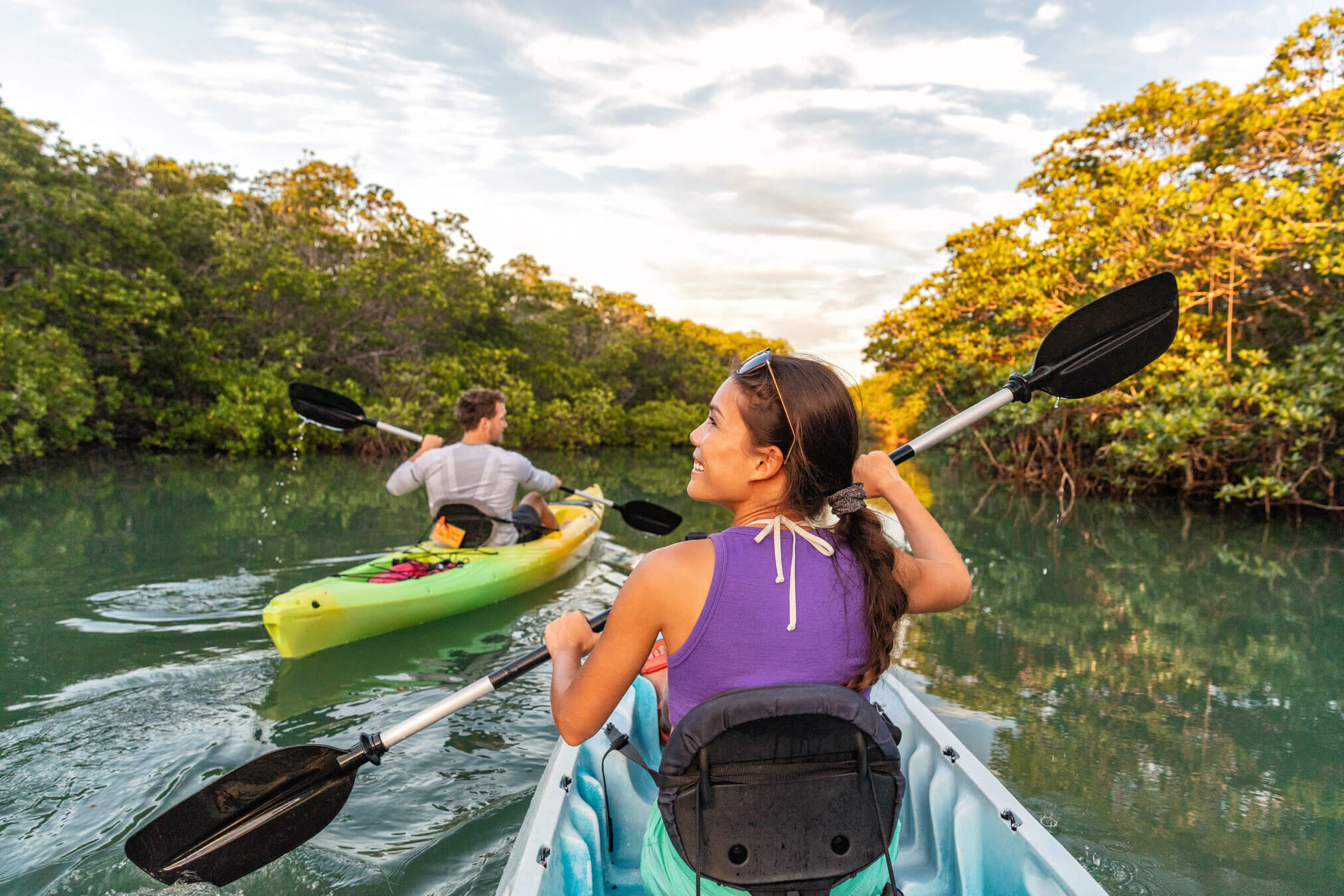 60 things to do in Orlando besides the theme parks 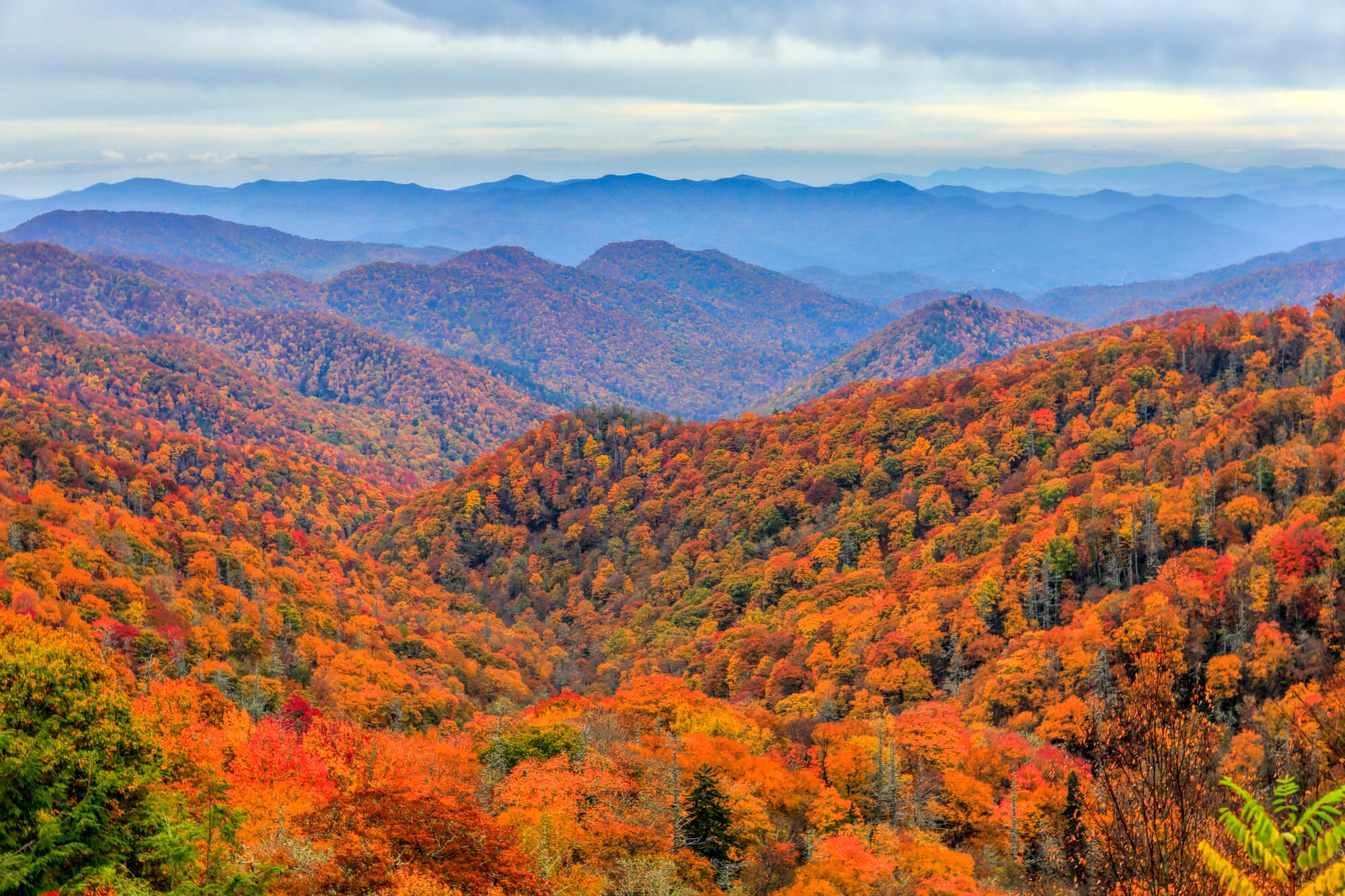 30 incredible things to do in the Great Smoky Mountains