When looking for things to do in Los Angeles, you can expect to be completely spoiled for choice! This world-famous destination is packed with history, iconic attractions, and beautiful beaches.

From the downtown districts to the star-studded Hollywood Hills, there are so many things to do in LA, it can be hard to know where to start. Check out our awesome guide to the top 10 things to do in Los Angeles, for inspiration on your LA vacation.

1) Enjoy the view from the Griffith Observatory

If you’re looking for the best things to do in Los Angeles, the Griffith Observatory is definitely number one on our list.

First opened in 1935, Griffith Observatory is almost as iconic as the Hollywood sign itself. Perched on the side of Mount Hollywood, this art-deco building is one of LA’s most recognizable landmarks.

The Observatory was originally built with the idea of making astronomy accessible to all. The building houses a number of permanent exhibitions dedicated to science, space, and astrophysics.

Made famous in movies such as La La Land and Rebel Without A Cause, the Griffith Observatory also offers some of the most amazing views across LA. Spanning all the way to The Pacific Ocean, these panoramic views feature the city’s most iconic landmarks – including the Hollywood sign. Set your alarm for an early start to enjoy a breathtaking view over the Los Angeles skyline at sunrise from the observatory – a must-do for every visitor to Los Angeles.

Runyon Canyon Park is one of the most popular hiking destinations in LA. Tucked away in the heart of Hollywood, this 130-acre park has a network of hiking trails.

There are 3 main loop trails running through the park, which all vary in elevation. A full loop is around 3.5 miles, but there are plenty of vantage points along the way to stop, catch your breath, and of course, take a selfie.

Once you reach the summit, you will be rewarded with some great views of Hollywood Hills and downtown LA.

Although Runyon Canyon Park can get really crowded, it is a great destination for people-watching – and celebrity spotting! As the park is dog-friendly, it is very popular with the local residents and their pets. A stroll around Runyon Canyon Park is one of the top outdoor things to do in Los Angeles.

3) Get a taste of the celebrity lifestyle

Aside from the fabulous weather and beautiful scenery, LA is probably best known for being an absolute hotspot for celebs.

You can drive through many of the star-studded neighborhoods in the city, but what about staying in one of them? For a real taste of the celebrity lifestyle, one of the best things to do in Los Angeles is to rent your own villa. With our beautiful, luxurious vacation homes in the most exclusive parts of Los Angeles, plus rental properties in glamorous Beverly Hills.

Venice Beach is one of LA’s most eclectic neighborhoods. A stark contrast to the glamour of the Hollywood Hills, Venice Beach is known for its relaxed, bohemian vibe. Originally modeled on Venice in Italy, this beachfront community is famous for its lively atmosphere, quirky shops, and interesting local residents. Packed with personality, Venice Beach is home to a variety of unforgettable attractions. From the world-famous boardwalk and skate park to the crowd-pleasing Muscle Beach.

An absolute magnet for professional bodybuilders and exhibitionists, Muscle Beach was once a regular workout spot for Arnold Schwarzenegger. A short walk from the beach, you will also find one of LA’s best shopping districts, Abbot Kinney. Home to a selection of boho boutiques, this trendy area also has some of the city’s best galleries, bars, and restaurants.

5) Cruise along the Sunset Strip

With its neon signs, flashing lights, and showstopping billboards, there is nowhere more “Hollywood” than the Sunset Strip. One of the most famous thoroughfares in all of America, this 1.5-mile road connects downtown LA to West Hollywood.

The legendary Sunset Strip has been at the center of LA nightlife since the 1920s. A backdrop for many Hollywood movies, the Strip also hosts some of LA’s most famous bars, music venues, and restaurants.

There are so many iconic establishments here, it is worth taking a guided walking tour. You may even bump into one of the famous faces that regularly frequent the area! If you’ve got a car, one of the best things to do is to drive along the Strip at sunset. The view is just iconic!

Immortalized in the film Pretty Woman, Rodeo Drive is one of the most exclusive shopping destinations in LA. Popular with the rich and famous, Rodeo Drive is best known for its luxury boutiques, designer stores, and upscale restaurants.

Even if you’re not able to splash the cash, spending a few hours wandering around Rodeo Drive is still one of the best things to do in LA. With so many wealthy visitors and expensive cars, this area is a fantastic place to people-watch – and window shop!

For the full Pretty Woman experience, you can always head to The Regent Beverly Wilshire Hotel. Made famous by the film, this hotel overlooks Rodeo Drive – and serves wine by the glass!

7) Take a tour of a real movie set

Although LA is the backdrop for so many TV shows and movies, much of production often takes place in one of the city’s studios – many of which you can now visit.

The Sony Pictures Studio tour in Culver City will take you behind the scenes of the former MGM Studios. One of the most famous Hollywood studios, MGM is best known for producing classic films such as Singin’ in the Rain and the Wizard of Oz. A 2-hour walking tour around Sony Pictures will give you a real experience of a working studio. You will be able to visit a variety of soundstages, as well as game show sets from hit shows such as Jeopardy and Wheel of Fortune.

Situated in Burbank, close to Hollywood, the Warner Bros Studio is most famously known for filming Friends, Gilmore Girls, and most recently, The Big Bang Theory. At the Warner Bros Studio, a guided tram tour will take you through all of the filming locations, navigating between soundstages, props, and scenery along the way.

The only studio to still be located in Hollywood, Paramount Pictures also offer visitors a guided tram tour around their grounds. On this tour, you will be able to see soundstages, the prop house, and an enormous backlot of New York. Most famously, the Paramount studio was used to film shows such as Cheers, Glee, and Frasier. As this is still a fully working studio, you can never be too sure of what – or who – you might see!

The Arts District in Downtown Los Angeles has been home to artists since the 1970s. A former industrial area, the district has recently emerged as one of the most exciting and creative neighborhoods in LA. Once at the center of LA’s legendary punk scene, the Arts District is now a vibrant hotspot for colorful murals, trendy cafes, and independent galleries.

The best way to see the incredible street art here is to take a walking tour around the neighborhood. With over 100 murals in the Arts District, a guided tour is the best way to make sure you see everything! Your local guide will also be able to tell you about the city’s artists, history, and architecture along the way.

9) Walk in a celebrity’s footsteps

If it’s your first time in LA, visiting the Hollywood Walk of Fame is a rite of passage. One of the most visited tourist attractions in LA is the Walk of Fame. This world-famous walkway has been honoring icons from film, TV, theatre, and music since the 1960s. There are now over 2600 brass and terrazzo stars embedded in the sidewalks.

Once you’ve found your favorite star, it is also worth taking the short walk to LA’s much-loved TCL Chinese Theatre.

One of the world’s most famous venues, the TCL Chinese Theater has the handprints and signatures of some of Hollywood’s biggest stars imprinted in its forecourt. There are now over 200 celebrity prints outside – featuring everyone from Marilyn Monroe to Harry Potter!

10) Travel back in time at the La Brea Tar Pits

It might be hard to imagine when you see it today in all its glitzy glory, but Los Angeles was once the sight of a great migration of fantastical prehistoric creatures, including wooly mammoths and saber-tooth cats. Millions of years ago, they were swallowed by the bubbling tar pits of La Brea, where they were perfectly preserved until they were discovered in the hills of what became Los Angeles.

You can visit the still-active dig site and museum to see the incredible discoveries for yourself, in what is one of the best things to do in Los Angeles for families and science fans.

Los Angeles has so much to see and do, it’s almost impossible to resist a visit! If you’re looking to book a vacation in LA, Top Villas offers a fantastic range of beautiful accommodation in the city.

All situated in the desirable Hollywood Hills neighborhood, our vacation homes offer 5* luxury living, incredible views, and an abundance of fantastic amenities.

When you book with Top Villas, arranging a stay couldn’t be easier. All you need to do is follow our simple online booking process and you can secure your dream vacation home instantly without any phone calls or fuss.

Our website makes it easy to check availability, get a quote, and book instantly online. Alternatively, you can submit an inquiry and we’ll get straight back to you.

You can check out our full range of vacation homes in Los Angeles here. 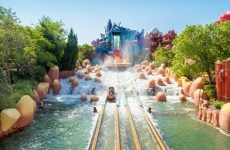 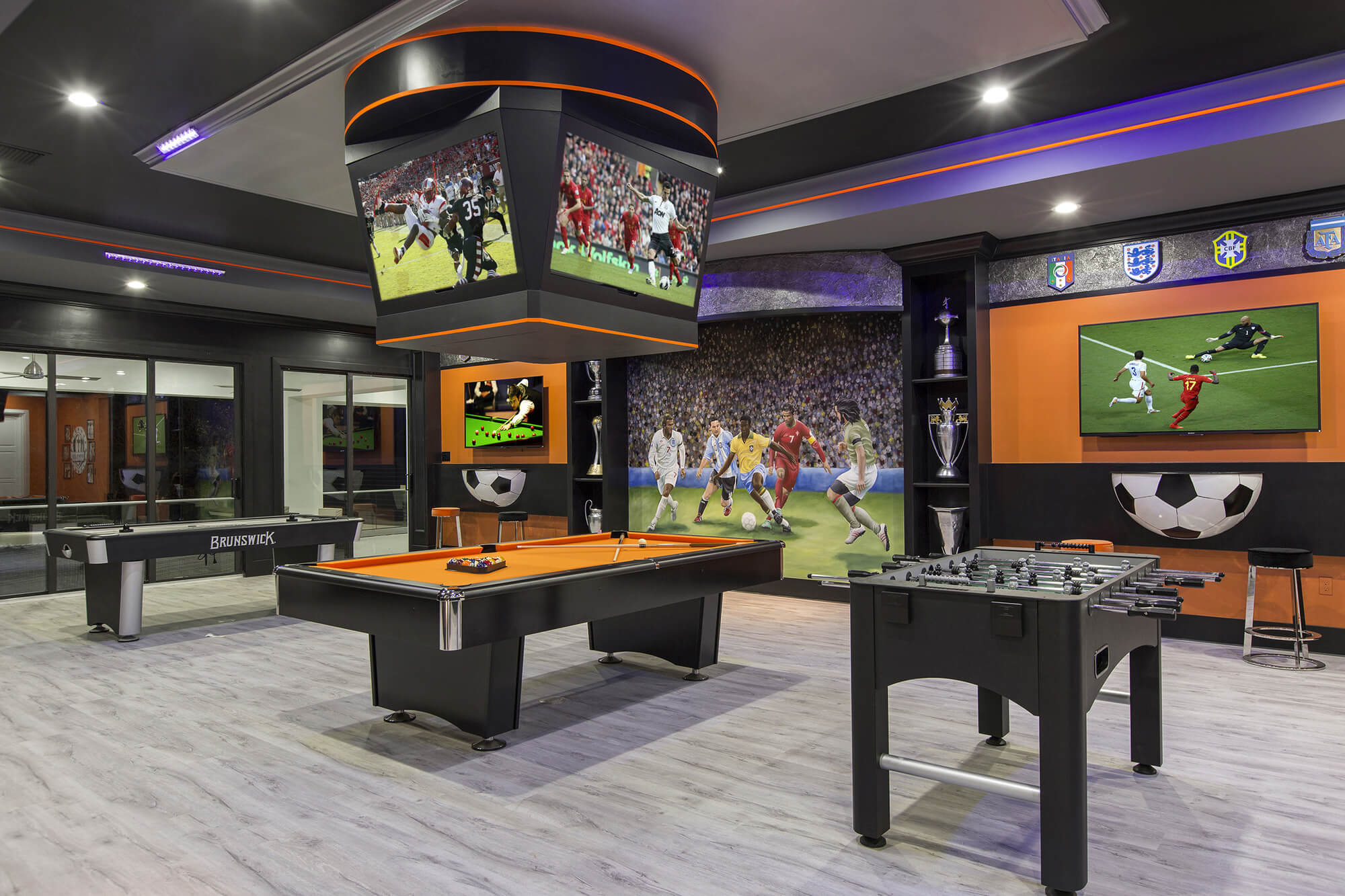 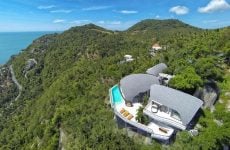 7 architecturally stunning villas you can actually stay in