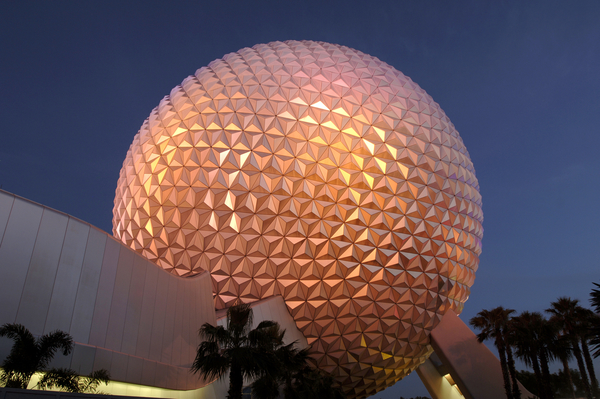 Whether you’re a regular visitor or are preparing for your first ever visit, Walt Disney World is an incredible vacation spot with endless possibilities, things to do, characters to meet and rides to tackle. You could spend weeks amongst the Orlando parks and never run out of things to do. However, even though Disney is absolutely choc-a-bloc with activities, did you know there is more than what meets the eye?

Plenty of unusual and amazing things go on in the background at Walt DIsney World; whether it’s an unusual fact that helps keep the park running on a daily basis, such as the secret tunnels that lie just beneath each park-goers feet, or simply an interesting fact you otherwise may not have known, read on to discover more about Walt Disney World, so you can wow your friends with comprehensive knowledge about some Disney World hidden secrets.

No, unfortunately not a quick and easy way for visitors to get around the park! Disney World is actually built on the second floor, as a labyrinth of tunnels criss-cross beneath the parks. It’s not quite as mysterious as you would hope though, as they are in fact used for the Disney World staff to access different areas as quickly as possible. Plus, it doesn’t ruin the magic if a character needs to be in a different area of the park sharpish – rather than watching Donald Duck sprint across Magic Kingdom, he simply disappears, and unbeknownst to the average visitor, he makes his way across the secret Disney tunnels. Then ta-da! He pops up somewhere else as if by magic.

2) The park has some clever designs

Have you ever wondered why, when you’re exploring one park that is right next door to another, you can never see it? For example, if you are in Magic Kingdom, you will not be able to see Fantasyland. Weird, huh?

Not really, as the parks have been designed like this on purpose. In Liberty Square in Magic Kingdom, trees and buildings are expertly placed to prevent you from seeing across into Fantasyland. Furthermore, the square is packed full of distractions, colours, and noise, like the large water wheel, to keep your gaze trained there.

The point of this clever Disney World design is to keep you feeling contained in the park you are currently visiting. It helps to ensure you stay within the magical bubble of the sights and sounds around you, rather than getting distracted and not getting fully immersed in your surroundings. Without the other parks to loom over each other, each area has a stronger identity, and can better capture your attention for an incredible, enveloping experience.

3) Some foods are banned… sort of.

How often have you been walking down a street, only to find a foot stuck to the sidewalk by a nasty, sticky blob left behind by somebody else? That’s right, chewing gum. It’s pretty unpleasant when you step in it, or happen to put your hand on a bench straight into some unwanted minty… not-so freshness.

That’s why, to keep sidewalks, benches and rides gunk free, Disney World has a strict policy preventing them from selling chewing gum onsite. However, although you can’t buy it while you’re there, you are allowed to bring your own into the park. So if you want to freshen up, make sure you pack some in your bag – just make sure you put it in the trash can when you’re done. Actually, speaking of trash cans…

4) There are trash cans everywhere

And we mean everywhere! It has been said that at Walt Disney world, you are never more than 30 steps away from a trash can, and will always be able to find one easily if you have anything you want to chuck. Walt Disney himself implemented this rule. He worked out how long it took people to drop their trash on the floor, and he discovered it was about thirty steps of searching for a bin, before it found its way to the floor. In response, he instructed his staff to place bins every 30 steps away from each other, in the hope it would prevent any litter bugs from affecting the look of the park. That’s one of the reasons why the streets of Disney World today seem so squeaky clean.

As you are enjoying your visit and wandering the parks of Disney World and surrounding resorts, keep your eyes peeled for the thousands of Mickey Mouse logos hidden in secret spots all over the place. Can you spot them in the paintings? What about the railings, ornaments, and even in the restaurants? It takes a truly good eye to notice all of them!

For more secret details, head to the Pirates of the Caribbean ride, and once you get to the Captain’s Quarter, look out for a truly shiver-me-timbers-inducing detail; a real human skull!

6) A secret suite fit for a princess

Well, even though you look like royalty to us, you still wouldn’t be able to access this secret room, unfortunately. Hidden within the soaring walls of Cinderella’s castle in Magic Kingdom, there is an incredible room that is not available to book. Why, you ask? Because it is only used for promotional giveaways and extremely special guests.

Originally, the suite was built for the use of Walt Disney and his family, but tragically, he passed away before it was ready. So in 2007, the room was blitzed with a fresh makeover, and given a new purpose as a competition prize, and a home for specially invited visitors.

The Haunted Mansion attraction is packed full of surprises – even in the queue as you wait to get inside. Look out for the newly wedded bride in the torture room, and even some human remains. This ghoulish  attraction is not for the faint hearted!

Especially when you find out about the lesser-known Disney World secret about the Haunted Mansion. Bizarrely, and sometimes without permission, this ride has become known as a popular place for people to sprinkle the ashes of their recently departed loved ones.

8) Can you find one of the Smellitizers found throughout the Disney parks?

But what on Earth is a Smellitizer? You wouldn’t be the first to ask. Located all over the Disney parks, a Smellitizer is a specially designed vent that can pump artificial scents into the parks. Luckily, only nice scents.

Used to subtly influence the atmosphere, uniqueness,  and feel of one park compared to another, keep your nose to the air to catch all of the scents as you go along, as you may be sniffing out the work of a Smellitizer. On Magic Kingdom’s Main Street, you might notice the soft, warming smell of baked goods and vanilla, and whilst you’re on a swashbuckling adventure on the Pirates of the Caribbean ride, you’re not imagining the tangy, salty sea air. Explore the park and find out how many unusual, secret fragrances are used to heighten your experience.

You can find the secret entrance between the France and United Kingdom area in Epcot. The walkways lead from the Beach Club Boardwalk to Dolphin Resort and on to Hollywood Studios. If you can’t find it and still don’t want to make the walk, there is also a boat that can take you between the parks!

10) Make it rain at Hollywood Studios

You can find the secret entrance between the France and United Kingdom area in Epcot. The walkways lead from the Beach Club Boardwalk to Dolphin Resort and on to Hollywood Studios. If you can’t find it and still don’t want to make the walk, there is also a boat that can take you between the parks!

Searching for a villa near Disney World in Orlando? Browse our entire collection here. Or if you need attraction tickets and any additional requirements, speak to our concierge team today. 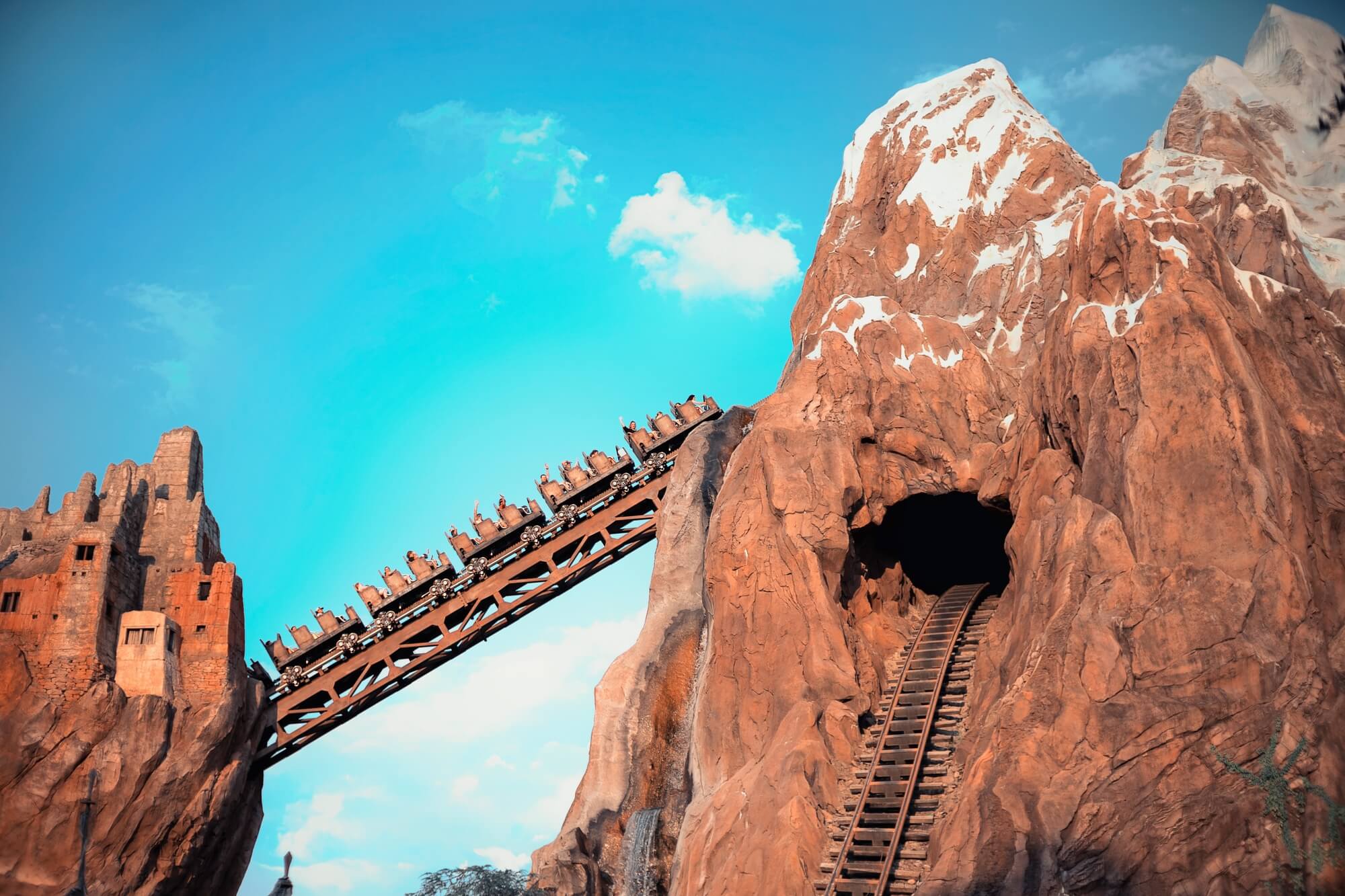 The complete guide to rides at Disney World, Florida 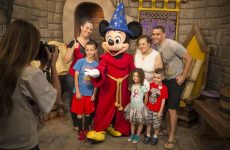 Where to find characters at Disney World 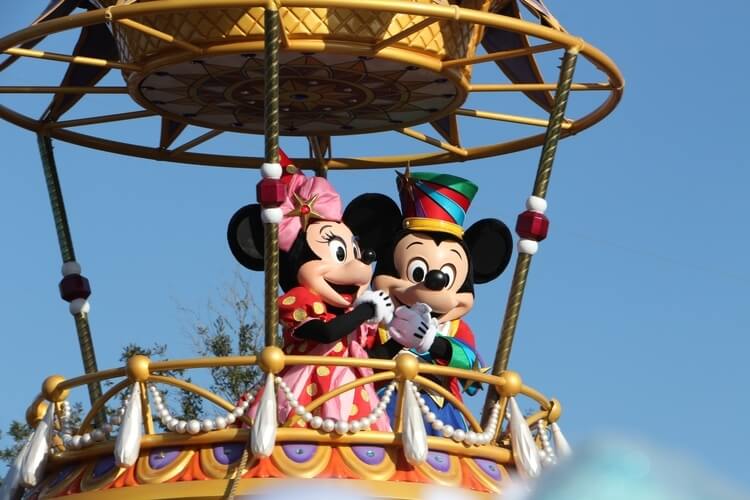 How to plan a trip to Disney World