Blog > Florida > What is Orlando, Florida known for? 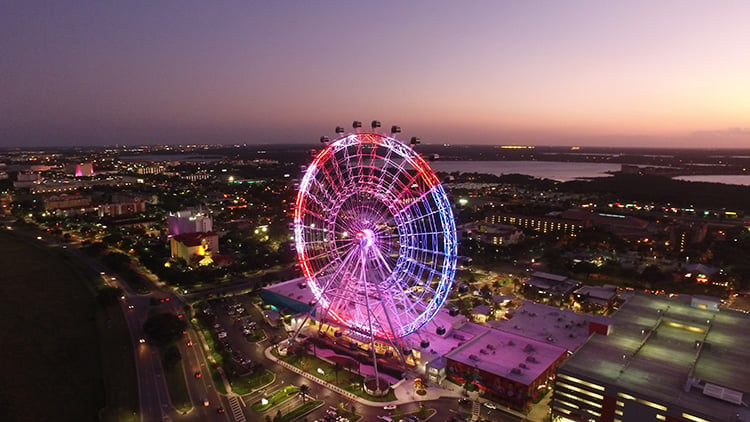 Orlando, Florida may be best known for Disney World and Universal, but it’s also known for a lot more besides.

This central Florida region attracts around 60 million visitors every year, who come for the warm climate, the world-famous theme parks, the shopping malls, the golf courses and the nightlife. They come for the beaches too, as some of America’s finest are within easy reach.

Theme park-wise, you’ll find favorites like Disney World and Universal Studios, as well as Legoland, Aquatica and Gatorland – to name just a few. The majority of our Orlando vacation rentals are located in top resorts just minutes from Disney World, and within easy reach of Orlando’s other attractions.

These theme parks are some of the most famous in the world, so it’s no wonder why thousands upon thousands have got Orlando at the very top of their vacation bucket lists.

Disney World is typically the most popular, offering four incredible parks, each with their own themes. There’s the world-renowned fairytale-esque Magic Kingdom, the wild Animal Kingdom, the star-studded Hollywood Studios, and the globe-trotting Epcot. It is easy to spend several weeks at Disney World and not get bored.

Universal is also a major tourist destination too, boasting the incredible Wizarding World of Harry Potter amongst several other incredibly themed parks. You’ll feel as if you’ve stepped into the pages of the books themselves – an absolute must for any Potter-head.

The city of Orlando

If you head away from the theme parks you’ll get a chance to discover Downtown Orlando, also known as the ‘real’ side of Orlando – the one that the locals know and love. Downtown Orlando is the region’s main city, it’s also the largest urban center in Central Florida. It is home to iconic skyscrapers, sports centers, theatres, art galleries, shopping centers and parks. It boasts a great restaurant and nightlife scene, and it hosts an array of festivals, parades and high-profile events, too.

Another area Orlando is well known for is International Drive, just a few miles southwest of Downtown. Stretching for more than 10 miles, I-Drive is home to the Orange County Convention Center, the Pointe Orlando entertainment complex, and Fun Spot America amusement park.

What kind of food is Orlando known for?

Orlando is a vibrant, popular city, with plenty of restaurants to suit all tastes. It offers an array of cuisines from across the world, with some fabulous Italians and Mexican eateries, as well as some super-fun venues where the restaurant is a destination in itself.

Whether you want to head to one of the most fun restaurants in Orlando, want to sample some delectable cuisine in one of the many fine-dining restaurants, or want to simply explore the very best of the best on offer, there is something to suit every taste in Orlando.

If you’re looking for accommodation in Orlando, Top Villas offers an excellent range of Orlando vacation homes in a variety of styles and sizes to choose from. Located in the best resorts near Disney World, our homes come complete with luxury amenities such as private swimming pools, hot tubs, game rooms and home theaters.