Blog > Florida > How big is Orlando? 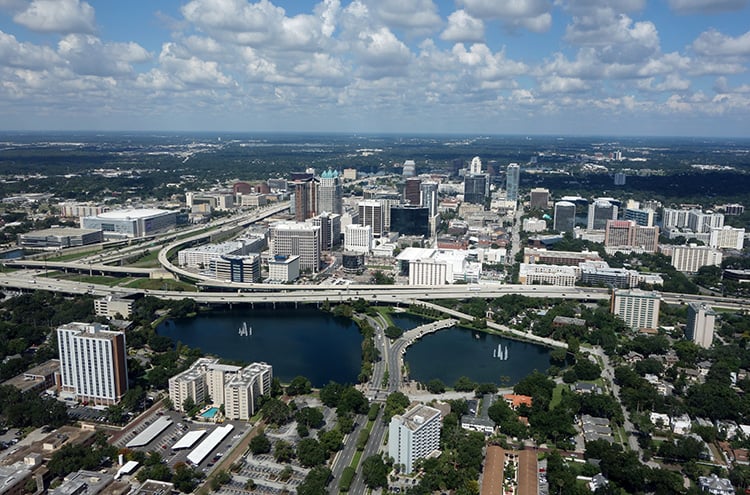 How big is Orlando in square miles?

Orlando is the third-largest metropolitan area in Florida, and the state’s largest inland city.

The exact size of Orlando is just over 110 sq miles. It may seem larger as many of the areas around the city are assumed to be Orlando, although they are not technically part of the city.

Orlando is nicknamed ‘the Theme Park Capital of the World’ and its tourist attractions and events draw more than 60 million visitors each year. Not only is Orlando home to Disney World and Universal Orlando Resort, it also boasts endless other attractions like Legoland, and Gatorland to name just a few.

Orlando isn’t just a theme park mecca either; it offers lot more besides big-ticket attractions. There are some fantastic shopping malls in Orlando, as well as top golf courses, great spas and excellent restaurants, bars and nightclubs. There’s the Downtown area, with its skyscrapers, parks, galleries and nightlife, and there are the surrounding areas with more local amenities and a more relaxed vibe.

The population is estimated to be around 280,000, spread across the areas of Southeast Orlando, Vista East, Dixie Belle, College Park, Southwest Orlando, Millenia and Florida Center.

How long should I spend in Orlando?

You may need to visit Orlando for around a week or 2 if you want to take in its top attractions. Disney World has 4 theme parks and 2 water parks, as well as the Disney Springs entertainment district, the ESPN Wide World of Sports and a handful of golf courses. Universal Orlando Resort has Universal Studios and the Islands of Adventure, as well as the Volcano Bay water park and the Citywalk entertainment district. You can access all of these with our popular One Pass ticket bundles.

We recommend spending at least a few days in the theme parks, and at least a few days exploring the ‘other’ side of Orlando, with its parks, lakes, shopping malls, quaint towns, golf courses, spas and cultural scene. Orlando isn’t all about long vacations though. In fact, spending a weekend in Orlando is a popular way to visit.