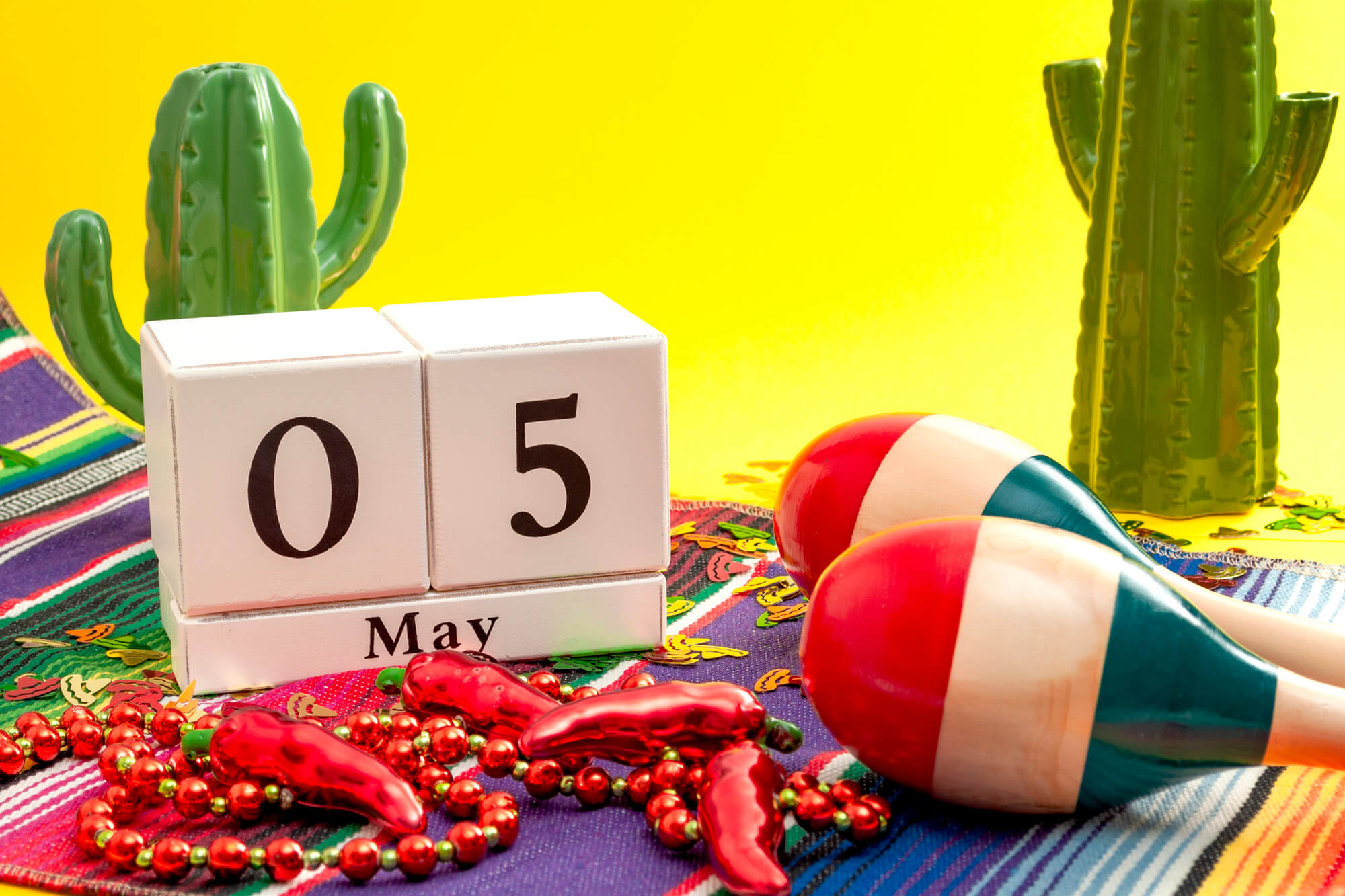 Cinco de Mayo, which means 5th May in Spanish, marks the day in history when the Mexican Army declared victory over the French at the Battle of Puebla in the Franc-American War in 1862. Contrary to popular belief, it is not Mexico’s Independence Day, and, outside of Puebla itself, is not widely celebrated in Mexico.

Where it is celebrated, however, is America – particularly in places with a large population of Latinx citizens. Multi-day festivals mark Cinco de Mayo, and the mood is joyous and upbeat. Parades, games, and live events are typically on the itinerary along with arguably the most important element of the festival; food. Tacos, tamales, mole, and other delicious Mexican cuisine are highlighted during Cinco de Mayo. Many restaurants offer specials and street food carts are ubiquitous across cities.

Where to go to celebrate Cinco De Mayo

San Diego is proud of its multicultural heritage, and for Cinco de Mayo, the city celebrates its Mexican roots with gusto. It was the first place in California that the Spanish settled. Across the city, particularly in the Old Town, the Spanish influence is still plain to see. Downtown San Diego is the place to go for events.

Every year on the closest weekend to May 5th, the city puts on a spectacle to celebrate Cinco de Mayo. Live music brings people together on the streets, to enjoy dancing, singing, and fabulous Mexican food. A highlight of the event is the artisan Mercado on San Diego Avenue. Here, visitors can buy arts, crafts, and homemade items from local Latinx creators.

With more than 64% of the population self-identifying as Latinx or Hispanic, San Antonio goes wild for Cinco de Mayo. The celebrations take place at two main locations in the Texas city. The first, Historic Market Square, is the epicenter of crafts, food, and Mexican goods. It’s the place to go for live music, high school Mariachi bands, and Folklorico dancers.

Meanwhile, the Fiesta at Trader’s Village has more of a carnival atmosphere. It is the bigger of the two, with rides, concerts, a flea market, and even a charreria, a Mexican rodeo event.

Attracting over 50000 visitors annually, San Antonio’s Cinco de Mayo festival is not to be missed if you’re in the area.

We couldn’t leave off the birthplace of Cinco de Mayo celebrations. The city of Puebla resides in the central Mexican state of the same name, just under 2 hours drive from Mexico City. It is a pretty place to visit, full of authentic and fascinating treasures from across Mexico’s history. During the month of May, it hosts one of the most vibrant parties in the country. The celebration lasts for many weeks and takes place mainly around the historic center, which also happens to be a UNESCO World Heritage Site.

The event is full of joy, color, and movement, and attracts visitors from far and wide. It is the only place where Cinco de Mayo is really celebrated in Mexico, so the streets are always full – not only with tourists but also Mexicans from other parts of the country. Expect mouth-watering street food, singing, dancing, vendors selling traditional wares, and a huge parade featuring over 20000 participants.

Taking place in multiple locations around the city, the Phoenix Cinco de Mayo celebrations are some of the biggest and best in the USA. Phoenix in Arizona has a large multicultural population, and the festival focuses on broadening cultural understanding. Proceeds from ticket sales are pumped right back into the local community. Proceeds help to pay for education scholarships for local Latinx students.

The event itself is full of all the things that make Cinco de Mayo one of the year’s best parties. Food booths, performances, markets, and even chihuahua racing are just some of the attractions. The major events take place in Patriots Square Park, Downtown Phoenix, and around City Hall. Suburbs of the city including Scottsdale and Chandler also have plenty of events going on.

Cinco de Mayo in Los Angeles is one of the busiest, brightest events marking the day in the USA. With such a strong and exciting Spanish history, it’s little surprise that the City Of Angels goes all out on May 5th. Los Angeles holds a multi-day celebration, taking place in key locations across the city. Broadway, Los Angeles Plaza, and the Historic District all have large events.

In Denver, the capital city of Colorado, the annual Cinco de Mayo festival is all about the food. The 2-day event draws in around 400000 people every year. Festivities take place across 2 stages in Civic Center Park, with most attractions centered around this part of the city.

Mexican food aficionados flock to Denver’s festival to indulge in some of the finest and most authentic cuisine that you could hope to find in Colorado. There’s the annual chili cook-off, using traditional methods and fresh local green chilis. Or, you could try your luck at the taco-eating contest (sign us up for that!). Otherwise, there are plenty of food stalls to get your teeth into. Away from the tempting smell of tamales, there are lots of non-food events to enjoy. There’s a large community parade, live music, dancing, and chihuahua racing.

Here at Top Villas, we have an exclusive range of beautiful villa rentals for your vacation, for trips at any time of year. With top-quality amenities, luxurious Travel Extras, as well as impeccable service, our vacation homes really are the full package for an unforgettable holiday.